The Elixer, Boon: The Hero's Journey and Sulwe by Lupita Nyong'o 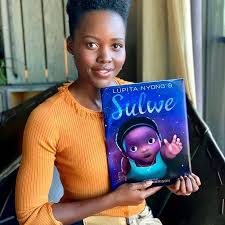 In The Hero With A Thousand Faces by Joseph Campbell, the acquisition of the boon, or elixir, culminates an episode of the Hero’s Journey.  Campbell explains on page 211, “The boon that he brings restores the world (elixir)." An elixir is a “medicine with the power to cure all ills.”  The boon, or knowledge, is the gift the hero earns for having the courage to undertake and complete the journey, but it belongs to the world. Like the sun shares its light with everyone, we are to share our wisdom, or boon, with others. Academy Award Winning Actress Lupita Nyong’o recently published a children’s picture book, Sulwe, about lessons she learned about beauty and self-respect. Lupita’s elixir speaks to the voices of many who felt unheard until now. Sulwe is a New York Times bestseller. Let’s discuss…..

Sulwe does not like her dark skin complexion primarily because of how she was treated by others. People called her "blackie", which was hurtful. Children are often picked on and/or ostracized for being an "other". If you are different from the majority because of a unique name, religion, or physical challenge, you might be looked down upon or excluded. As children, these scars cause severe emotional trauma. Families are often helpless and without tools to solve the problems.

Adults can also be subjected to relational aggression. There is no age limit. Bullying exist on the job, nursing homes and social communities. The same bullies who were tormented as children, grow up to bully other adults. As in childhood, the pain can trigger adult feelings of depression, isolation and low self-worth. The pain to the psyche is tremendous.

We Don’t Solve Our Problems, We Out Grow Them

Per Carl Jung, we outgrow our problems. We expand our consciousness through knowledge and wisdom. Fortunately, our community may offer support groups, classes and counseling to help us maneuver through the deep valleys we embark on our journey to wholeness. Not all problems change, so we change the way we look at them.

In Sulwe, Lupita shares her childhood experiences of being teased and taunted for having a dark skin complexion. The story is beautiful and poignant. While reading the story, I felt emotional for Sulwe because it resonated with my own childhood experiences. I highly recommend the book.

Sulwe is not alone. At an early age, females learn to compete with each other based on physical looks. In schools, females are rewarded for their beauty and named class or homecoming queens. An obsession with beauty is linked to teen depression and low self-esteem. The emotional challenges continue into adulthood.

Unknowingly, we may develop a cognitive bias, the halo effect, which occurs when an initial positive judgment about a person unconsciously colors the perception of the individual as a whole. We associate one positive trait, beauty, with a person being overall nice, warm, or fun. Beauty is associated with being better. The opposite is also true. One perceived negative characteristic about a person assumes other characteristics are negative as well.

Lupita Nyong’o was named one of the most beautiful people in the world by People Magazine. The very dark skin complexion her childhood classmates teased her for is now celebrated as being beautiful.

Often, the very characteristic one is ridiculed for becomes a boon, or elixir, which can be utilized to make a positive contribution to the world. Belief is the key. For an example, in the cartoon Rudolph the Red-Nosed-Reindeer, Rudolph was isolated for having a red nose. After leaving his community and going on a journey of self-discovery, Rudolph used his nose to save Christmas. History is full of stories of heroes who transcend obstacles to make changes in the world.

The Journey to Wholeness

Jungian psychology, also known as analytical psychology, is a school of psychology originated by the ideas of Carl Jung. This psychology primarily focuses on the individual psyche and the personal quest for wholeness. Humans have a strong innate desire to feel ‘whole’ and connected to healthy relationships. As in the hero’s journey, including Sulwe, true feelings of wholeness and beauty come from within.


What wisdom do you possess which can be used to ease the suffering of someone?

Listen to Lupita's song inspired by Sulwe.  Notice the song's lyrics about sharing your light for everyone.

Email ThisBlogThis!Share to TwitterShare to FacebookShare to Pinterest
Labels: The Hero's Journey