The Lion King and Mindfulness 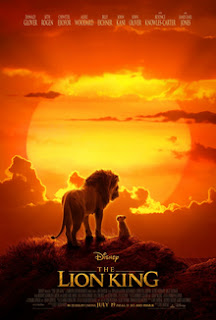 I enjoyed Disney’s The Lion King (2019). Even though major aspects of the movie stayed true to the 1994 original, the movie felt fresh because I noticed new motifs. Specifically, the importance of mindfulness is illustrated in Simba’s journey. How? Let’s talk about it….

Simba is the future King of Pride Rock. King Mufasa, Simba’s father, is protective of his young cub and his brother Scar, who resents being passed over for king. In a previous post, we discussed ressentiment and the importance of villains in the hero’s journey. After being tricked into believing he caused Mufasa’s death, Simba ran away from Pride Rock because he felt guilty and ashamed.

Mindfulness and The Lion King

Jon Kabat-Zinn defines mindfulness as “…awareness that arises through paying attention, on purpose, to the present moment, non-judgmentally.” Without focus, our minds constantly dance between the past, present and future. We can get so wrapped up in thinking about what was, that we miss out on what is. A mindfulness practice does not advocate forgetting or avoiding the past, but it discourages ruminating on what no longer exists. According to the blog, Pocket Mindfulness, "mindfulness teaches us that we can’t control the past because it doesn’t exist. The only moment we have is now.”

Simba thought he caused his father's death. When he was reunited with his childhood friend Nala, Simba was afraid she would turn her back on him. According to Brene Brown, “Shame derives its power from being unspeakable.” Not only did Simba live in the past, he was its prisoner.

Remember Who You Are - The Present Moment

Eventually, what really happened to Mufasa was revealed – watch the movie to find out. Simba took his rightful place as king of Pride Rock. Happy ending, but the message of The Lion King lingers after the closing credits: Be mindful. Live in the present moment and forgive your past. Let it go. Pay attention to what happens now.


A mindfulness clip from the 1994 version of The Lion King.
Learn from the past. Live in the present.

What do you think?  Please share your comments:
Posted by Tuwanda

Email ThisBlogThis!Share to TwitterShare to FacebookShare to Pinterest
Labels: Compassion